Loud noises are coming from under modernity's bed

Does it seem like strange days? This is a blog that chronicles the signs that a chthnoic boom is coming.

A new direction...If the World Were to End Tomorrow?

I've decided the old format for Chthonic Boom wasn't appealing to me any longer, so in my long absence I've been contemplating a new direction. I won't take time to describe it too much here, but I will say it will very basically do three things: watch for signs that the underworld is encroachign (chthonic), chronicle my thoughts about such apocolyptic signs in prose or verse, and seek out from readers what they would miss if the world ended tomorrow. I'm also going to be keeping a blogroll of sites that focus on similar chthonic/end of days sites and ask readers to submit more!

If all goes well, I'll post in this new format tomorrow.

Taking a week off 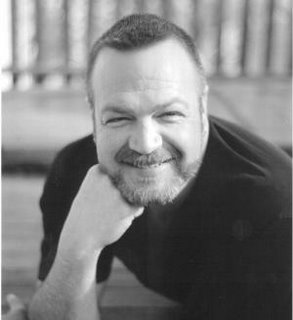 I'm going to take a week off from posting.

See that handsome smiling guy to your right? He was killed last year in a senseless act of violence.

Please consider attending this important (AND FUN!) evening of cabaret, dance, song and laughter to celebrate the life of my friend John Beresford.

Visit here for all the details.

Taking a week off

I'm going to take a week off from posting.

See that handsome smiling guy to your right? He was killed last year in a senseless act of violence.

Please consider attending this important (AND FUN!) evening of cabaret, dance, song and laughter to celebrate the life of my friend John Beresford.

Visit here for all the details. 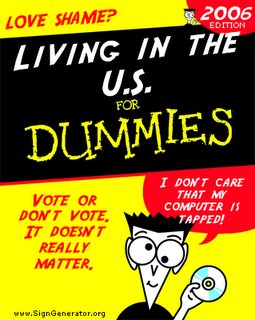 Sorry I've been away, dear Void. I needed a break from casting thoughts into you and waiting for the sound of hitting bottom that never comes. But I'm back.

Last night I dreamed that: I was back in high school performning in the show choir. But one of the other singers (I can remember her name, picture her face, but she was NEVER in choir and I don't think I ever talked to her) started talking smack about me. Long story short, she was angry that I had publicly embarrased a friend of hers (and a former friend of mine) by writing a nasty poem. What's weird about this is that I actually do regret something similar in high school, deeply regret it. (Weren't we all different people back then?) I don't know why this particular regret surfaced then and there, but I felt a wave of sadness during the dream that really reflected my waking self's present day regret. Terribly odd and unsettling. And out of nowhere.

Visit the Speech Accent Archives and check out nutty accents from around the world. My favorite so far is from some 18-year old guy from Quebec, eh. Click the play button.

Are Anti-biotics killing us? Well, are they?

This is righteous! Some guy draws a line in the sand about American culture.
Read the whole thing. You'll love it. Here's the into.
"I don't have much time - I fear that no one will continue my work after I go. This message contains the eleven phenomenon within American culture that are in need of urgent, immediate remedy. I have organized them in order of importance and gravitas. The list begins with items that are mere grotesque annoyances. The list ends with a discussion of things that threaten civilization as we know it. Pour yourself a glass of grain liquor and brace yourselves."

Last but not least, let us consider the SUV.
First: a contest from Chevy to create an ad. What could go wrong?

Check out what some people did with such a rich opportunity to call attention to our dependance on oil, etc. 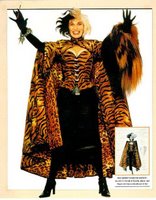 In today's post: The return of McCarthyism?, Iran, happiness and money, and an imaginary city.

Last night I dreamed that: A friend from Michigan, from my college days at Marshall, and another from my graduate school days at Emerson all needed a place to stay one night. (I was living with my mother and my sister in a tiny three-room flat in New York (or was it Paris). I was thrilled to see these friends, but quarters were tight. No matter. I made the best of it and went to bed. A few hours later I was awoken by loud partying. I stumbled out of bed to find my apartment was the site of an Oscars after-party. Celebrities of all kinds were milling about drukenly. One major film director was regaling everyone with stories of the first play he ever directed, Ubu Roi. Everyone pretended to be impressed. I tried to quiet everyone down, explaining the my mother and my sister we're trying to sleep and that the neighbors would call the police. No one was listening to me. So I screamed at everyone to get the bleep out! With grumbling and dirty looks, everyone left. The next morning I went in to check on ma and sis and found someone buried under their bed covers. I peeled the covers back to find a very angry Glenn Close. "Ms. Close, it's time to get up," I said. To which she growled drunkenly and yanked the covers back.

The bad news is: Are America's universities becoming places where you could be silenced for your political beliefs? Leave it to a UK publication to ask.

Have you heard about this? Iran said set to respond to U.S. strike with global terror
Let's play a guessing game. How many times will this be trotted out for the mid-term elections?

The good news is: Paul's Tips has five ways to make yourself happier in the short-term. I think having more money would make me happy, so I'll be reading this Guide to Economic Literacy.

May you live in interesting times: I just think this picture is neat. Imagine all the world's tallest building in one cityscape!

Day 22: If only reality were a hoax 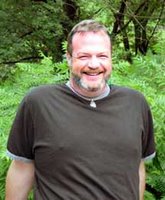 IMPORTANT Save the date request. Please consider attending this important (AND FUN!) evening of cabaret, dance, song and laughter to celebrate the life of my friend John Beresford, who was killed last year. Visit here for all the details.

In today's post: Save the date, April Fools, photographic fooling, 36-hour days, and "The Institute for the Future."

Tomorrow is April Fool's Day! Enjoy this list of The Top 100 April Fools Day Hoaxes of All Time.

Last night I dreamed that: I was forced into helping this old woman make organ pedals out of glass panes. The project took so long I missed a birthday celebration that had been planned for me. I was distraught over this and was ranting violently that I hated this woman for keeping me so long when she knew there was a party in my honor waiting for me. I also ran out of time to learn my lines for a play I was in. I had the role of a smart alecky youngster, but I kept forgetting my lines. The other cast members finally got tired of prompting me. And I was even forgetting my props and which costumes I was supposed to wear. I'd wear the old gray suit ('cause that's totally what kids wear!) instead of the pink and orange pajamas. I forgot my cane (again, huh?) in one scene and ad libbed that a schoolyard bully had taken it from me. (That got added into the show, actually.) And later I forgot a notepad prop so I pretended my wallet was a notepad. The show was horrible and I wanted to give the audience their money back. All because some woman needed me to help her make organ peddles out of glass panes. (Seriously, I'm not making this up!)

The bad news is: There's no such thing as "reality" any more. Case in point: photos altered to suit political gains. Check out the deception for yourself.

The good news is: Have you ever said, "There just aren't enough hours in the day!" Well, say no more. How to Have 36-hour days.

May you live in interesting times: The Institute for the Future. I want to see flying cars!

Check out my book Outside the Lines: Interviews with Contemporary Gay Poets.